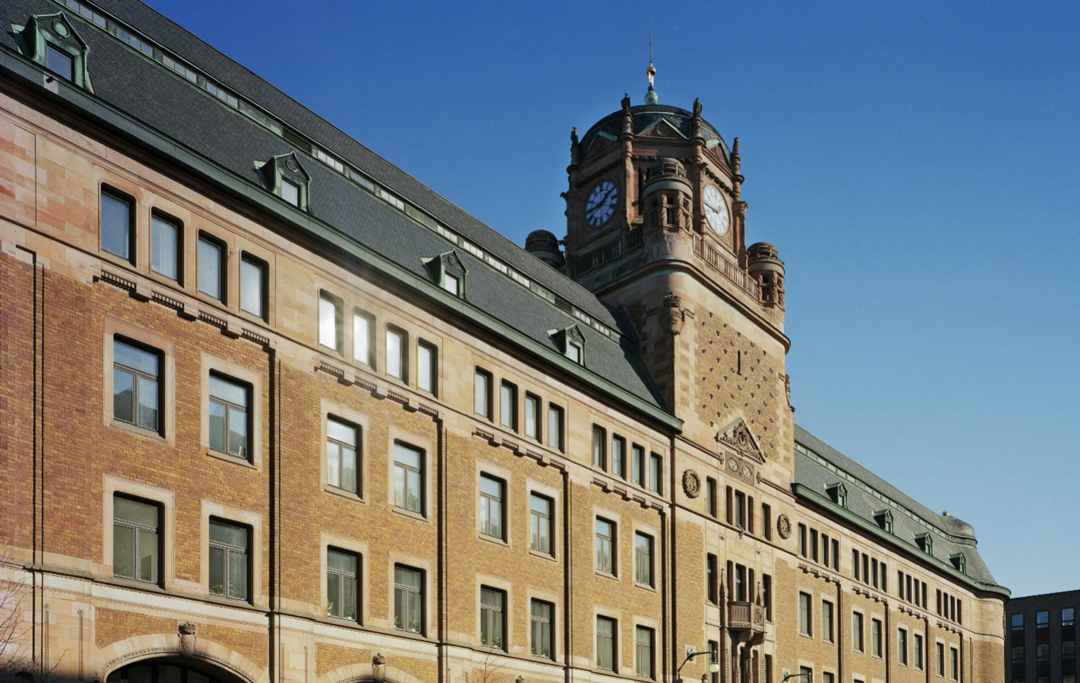 The Stockholm Central Post Office is a beautiful building located in the heart of the city.

It was built in 1866 and is one of Stockholm's most iconic buildings.

The post office is a popular tourist destination and is one of the most photographed buildings in the city.

The building is home to a variety of shops and restaurants, as well as the city's main post office.

The Stockholm Central Post Office, as painted by its 1903 architect Ferdinand Boberg, son of a miner, in 1905. Not built in any style but perhaps with a faint Renaissance and Swedish medieval influence.

The Post Office was hastily built and to save time (and maybe for extra authenticity?) sandstone carvings were made on the spot. Amazing today. The following are the details of the carving of the central entrance gate.

Central Post Office as designed, and as seen today (after several extensions and additions).