Sheikh Zayed Grand Mosque: The Most Beautiful Mosque in Surakarta

Sheikh Zayed Great Mosque is a new mosque building in Surakarta and has become one of the religious tourism destinations in this city.
15 Nov 2022 · By Ayurizka Purwadhania

Want to know more about the charm of Sheikh Zayed Grand Mosque? Let's look at the following information!

The Sheikh Zayed Grand Mosque is strategically located in the center of Surakarta and directly faces the Bengawan Solo River. You can take several routes to get to this mosque. From Solo Balapan Station, you can go straight to Letjen S. Parman street, then turn directly to Ahmad Yani street. You can use public transportation or private vehicles to get to this mosque.

Here are some of the facilities that you can find at the Sheikh Zayed Grand Mosque:

This mosque was designed with 4 minarets and 1 central dome, as well as small domes surrounding the mosque. The architectural design of the Sheikh Zayed Grand Mosque was adapted from a typical Middle Eastern building that is magnificent and luxurious. This mosque has a series of complete facilities, such as a VIP room, a library with 20 square meters, and a basement.

Apart from that, you can also find the Islamic Center complex, which is expected to become a center for Islamic education and teaching in Surakarta. The cost of building this mosque reached 300 billion and was borne directly by the UAE government.

Book a Hotel for Staycation in Surakarta Now! 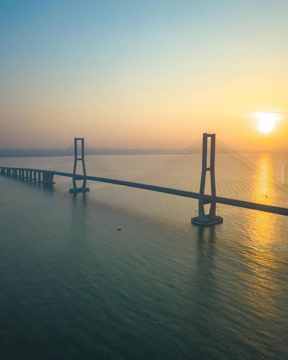