5 National Parks in Brazil to Visit!

What national parks in Brazil can you visit? Here's the list of 5!
14 Jun 2022 · By Ayurizka Purwadhania

Tired of vacationing in the city? It's time for you to feel the sensation of a vacation by visiting a national park in Brazil! The country offers a variety of stunning and anti-mainstream national park tours.

So what national parks in Brazil can you visit? Here's a list of 5!

Jericoacoara National Park is located in the state of Ceara, has a famous beach called Jericoacoara, and is great for water sports such as sailing and sandboarding. In addition, you will find several different landscapes in this park, such as beaches, swamps, dunes, caves, and forest areas.

Many visitors explore the sandy areas in dune buggies or similar vehicles. You can ride the dune buggies from the nearest town in Jericoacoara.

Founded in 1937, Itatiaia National Park is the oldest national park in Brazil. The park is part of the Mantiqueira mountain range and is home to some of Brazil's highest mountains, including Prateleiras and Agulhas Negras.

The best time to visit this park is during the dry season, between May and August. The park also has more than 350 species of birds that live here.

This park is in the northeastern part of Brazil, in Maranhao. Lencois Maranhenses contains few living things and consists almost entirely of sand dunes. To see this national park further, you can ride sand buggies to get around here.

You also have the option to explore the dunes on horseback or view them from above in the helicopter or small airplane provided. The best time to visit is during the rainy season, between July and September.

Opened in 1959, Aparados da Serra National Park is one of the oldest national parks in the country. The park is located in the southern part of Brazil in the states of Santa Catarina and the Rio Grande do Sul.

Due to its proximity to the Atlantic Ocean, the park is quite humid and often foggy. The park is a popular destination for trekking and is known for its spectacular rainforest. Currently, only 1,500 visitors per day are allowed in the park.

Iguacu National Park is a large park located in Parana, partly in Brazil and partly in Argentina. On the border of the two countries is Iguaçu Falls, one of the world's largest and most impressive waterfalls.

If you want to enjoy spectacular views of the falls, you can take a helicopter ride across the park. Right next to the park is a Parque das Aves zoo, which has a large population of birds and other animals. 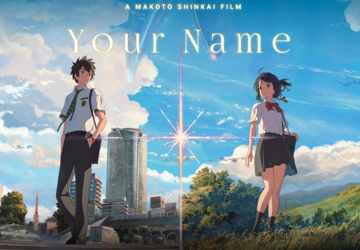