5 Of The Most Unique Museums in Dubai You Shoud Visit!

For those who are planning to visit Dubai and want to explore more about the uniqueness of this city, here are 5 unique museums in Dubai that must be seen!
15 Nov 2022 · By Ayurizka Purwadhania
Share Article

If you like history and exploring new things, visiting a museum can be a great choice to spend time during your vacation. Dubai is a famous city with various cultures, tourism, and technological sophistication that is always fun to explore. For those who are planning to visit Dubai and want to explore more about the uniqueness of this city, here are 5 unique museums in Dubai that must be seen!

1. Museum of the Future Dubai

The Museum of The Future opened on February 22, 2022. You can see the outer building of the museum, which is very futuristic and unique. This museum was built as a reflection of Dubai in 50 years to come. This place is also used as an educational tour, especially for children, so they can learn more about the various technologies that exist today. Anyone who has ever entered this museum will indeed have an unforgettable experience.

The Louvre Abu Dhabi is one of the unique museums in Dubai that you must visit. In this museum, you can see various art installations and masterpieces from famous artists such as Paul Gauguin, Vincent Van Gogh, Pablo Picasso, and Cy Twombly. Initially, the museum was built in 2012 but was delayed due to the crisis in the United Arab Emirates.

Al Ain Palace Museum was once a palace made by the late HH Sheikh Zayed bin Sultan Al Nahyan and his family, who lived in it until 1966. Until the government finally turned this palace into a museum in 1998 and officially opened it to the public in 2001. You can see every corner of the room in this museum has a magnificent and luxurious interior.

Officially opened in 2017, the Etihad Museum is a must-visit place in Dubai. Covering an area of 25,000 square meters, the Etihad Museum is not only known for its modern, interactive, and fascinating exhibits but also for its beautiful architecture, which is deeply connected to the history that took place at the same site decades ago.

Sharjah Museum opened in 2008 and has a collection of more than 5,000 artifacts closely related to ancient Islamic civilization. You can directly see various valuable collections such as calligraphy, carvings, ceramics, coins, glass, manuscripts, metals, and other scientific instruments. One of the collections that became the attraction of this museum is a copy of the Quran from the third Caliph, Uthman bin Affan which is still stored in this museum.

Stay in Popular Hotels in Dubai! 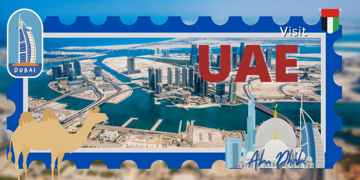