The Wonderful of Bakaro Beach in Manokwari
If you plan to visit Bakaro Beach soon, here is the latest information!
5 Sep 2022 · By Ayurizka Purwadhania

Papua is an area known for its various natural wealth and the beauty of tourist attractions that can only be found here. Besides being well-known for Raja Ampat, you can find other tourist spots that are no less stunning, one of which is Bakaro Beach.

Bakaro Beach is located in West Manokwari. Here is a favorite spot for tourists and local residents to see the sunset in the afternoon. If you plan to visit Bakaro Beach soon, here is the latest information!

The following are the facilities that you will find at Bakaro Beach:

Bakaro Beach is known to have a very beautiful natural charm and a clean beach environment. Not only that, this beach is often used to carry out a unique tradition of calling fish which is usually done by the community.

The tradition of calling fish on Bakaro Beach aims to make the fish in the ocean rise to the surface. The fishermen usually use ant nests as bait so that the fish will appear on the water's surface. This tradition is marked by a group of residents who will later blow whistles as a sign of starting their tradition.

Bakaro Beach also has a very beautiful view. The outskirts of the beach are surrounded by beautiful rocks. However, the waves on this beach are known to be quite large, especially at night. So, visitors who come to this beach are expected to be more careful and not too close to the sea.

Activities that you can do at Bakaro Beach are diving and seeing the stunning marine ecosystem in the waters of Manokwari.

The following is the entrance ticket price to the latest Bakaro Beach:

The Bakaro Beach tourist attraction is open daily for 24 hours, but the best time to visit this beach is 06.00-17.00. When you visit this beach, don't forget to capture every vacation moment to be a keepsake later. 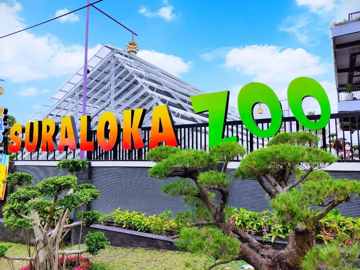 Suraloka Zoo: New Tourist Attraction in Yogyakarta That You Must Visit!
Trending Now