"He (the Sultan of Brunei) himself yesterday flew to the US by flying his own 747 plane. I think he is the only head of state who flies his state plane. Later if Air Force One (US Presidential Plane) has problems, I know that I must consult with who," Obama said.

The Sultan of Brunei spent more than $100 million dollars to buy a Boeing 747-430 from Lufthansa. Then spent another $120 million dollars to design the interior of the plane (including the sink) made of pure gold and Lalique crystal. The Sultan of Brunei has a large collection of private jets, including two Airbus A340, Boeing 767 and Boeing 747-430 are his largest aircraft. 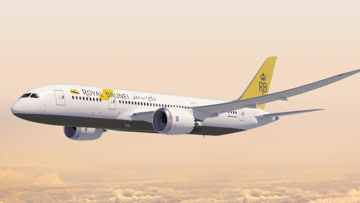