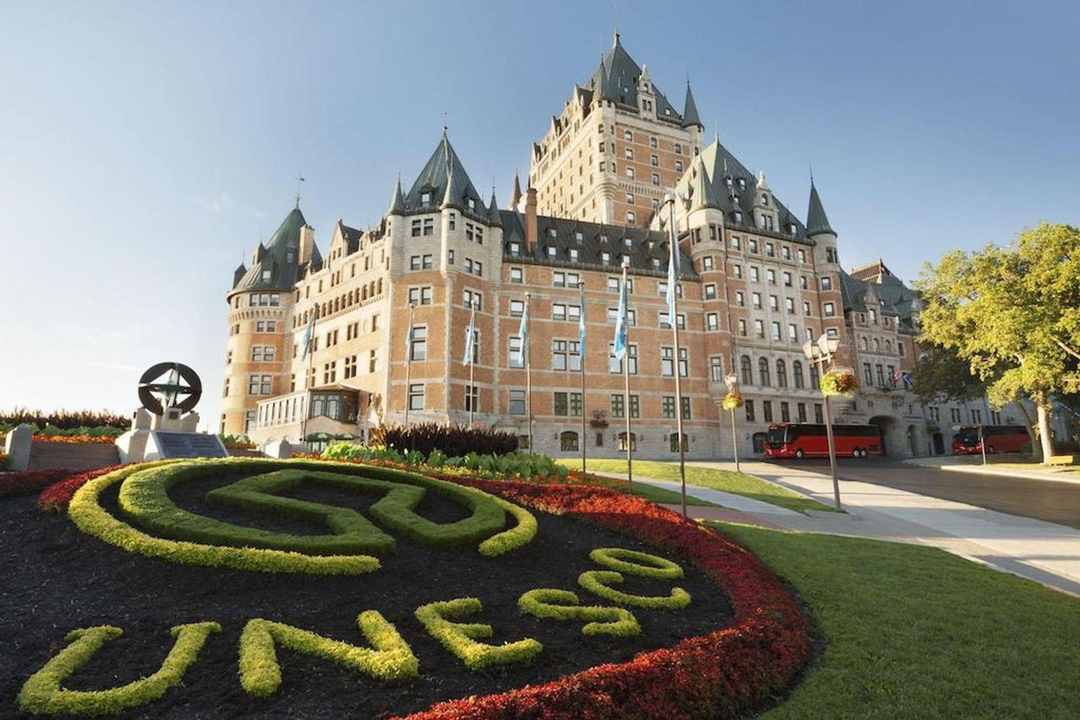 Hotel Le Château Frontenac, is an iconic and historic architecture in Quebec city. This hotel always stands out in city skyline photos. The hallmark of this building is the impressive array of towers atop Cap Diamant. Here are past and present photos of the world's most photographed hotels.

The hotel was designated a National Historic Site of Canada in 1980, and is also a UNESCO World Heritage Site. This hotel was designed in the 19th century with the theme of a "regal chateau" style hotel built for the Canadian Pacific Railway railway company, to promote tourism at a time when trains became a tourism transportation trend. This hotel became the main luxury accommodation destination for wealthy tourists. The hotel doors officially opened in 1893, and several sections were added later, including the central tower in 1924.

The hotel is named after Prince Frontenac Louis de Buade, governor of New France 1672–1682 and 1689–1698. Although not the tallest building in the vicinity, when standing on the top floor, the hotel offers stunning views of the Saint Lawrence River.

After a series of multi-million dollar restoration and renovation projects, this 18-story hotel now contains more than 600 rooms. When Queen Elizabeth II is in town, she stays in the Royal Suite. Other dignitaries included Princess Grace of Monaco and Prince Andrew. Famous celebrities such as Sir Paul McCartney, Leonardo DiCaprio, and Angelina Jolie have also stayed at this hotel.

For those of you who are curious and visiting Quebec city, don't forget to stop at this most photogenic hotel. You will feel the elegant architecture of European buildings. If your pocket is thick, you can also stay at this hotel.