Nganjuk is a small town known for its beautiful tourist destinations. Of the many tours in this city, you can visit the Ngetos Temple in Selopuro.
7 Oct 2022 · By Ayurizka Purwadhania
Share Article

The following are the facilities that you can find at Ngetos Nganjuk Temple:

The area of Ngetos Temple is said by experts to be made in the XV century or the 15th century when the Majapahit Kingdom was in power. The person who founded this temple was Hayam Wuruk's uncle, King Ngabei Siloparwoto, with his patih named Raden Bagus Condrogeni or Condromowo from the Majapahit vassal kingdom called Ngatas Angin (now around Nganjuk). Most people believe in ancient times that, the top of the hill is the residence of the gods.

Ngetos Temple is a favorite destination for Nganjuk people and tourists to see the magnificent temple building full of historical value. You can take pictures in front of the temple area using a cellphone camera or a professional. This place is also often used as a finish point for the bicycle community and runners in Nganjuk.

Entering the Ngetos Temple tour, visitors are not charged an entrance fee. It's just that you need to pay a parking fee of IDR 3,000 for motorbikes and IDR 5,000 for cars. This tour is open 24 hours and the best time to visit this temple is 06.00-16.00. 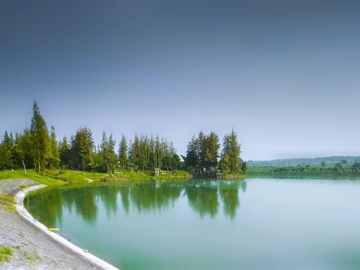 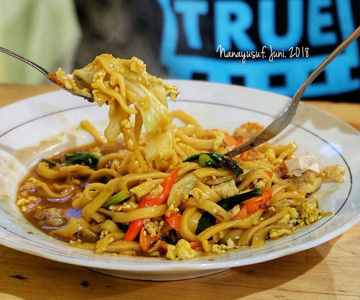 Tomini Bay: The Largest Bay in Indonesia
Back to Wisata Diary