Quoted from the Daily Mail, Jurgen Klopp's team refused because the migrant workers employed by the Marsa Malaz Kempinski hotel earned wages below the minimum wage, a violation of labor laws. For example, security officers at the hotel work for 12 hours in a hot temperature of 45 degrees Celsius and are only paid GBP 8, equivalent to IDR 145,000.

For reasons of social concern, Liverpool chose to move to another hotel that does not have a bad record in employment.

Marsa Malaz Kempinski is built on an artificial island called The Pearl in the city of Doha, Qatar. The hotel is in the center of Doha, 15 minutes to Doha Golf Club, Lagoona Mall, Souq Waqif and Museum of Islamic Art. 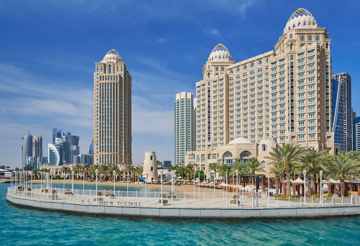